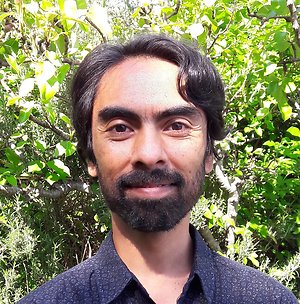 I have worked in a wide range of settings across the private, public and voluntary sectors including a charity for Disabled People in Torquay, the NHS in Exeter and as a counsellor in a G.P. surgery. I have experience with a diverse range of clients amongst the general public including the elderly, people with disabilities (physical and learning difficulties), carers, and people of ethnic minorities. I started my private practice in 2011.

From mind to body
Since early childhood I have felt a deep impulse to enquire into the nature of reality. I was initially attracted to the field of physics and cosmology. I qualified with an honours degree in Physics, writing my thesis on 'The Conceptual Foundations of Quantum Mechanics'. Although I had always been a high achiever academically I struggled with feelings of shame and alienation from an early age. I also had a difficult home life throughout my childhood and I longed to be relieved of my suffering. Whilst travelling during my year out before attending university I met a martial arts teacher in Malaysia who's way of being had a profound impact on me. I trained with him and realised that scientific understanding would neither satisfy my enquiring mind nor help me in the way I needed. I became interested in an embodied, subjective approach to exploring my immediate lived experience rather than an intellectuaI, objective approach to understanding the world.

On the road
After completing my degree I set out on what turned out to be a five year trip travelling through Asia, with the intention to return to my teacher. On the way I encountered a number of spiritual teachers and teachings with which I resonated strongly, especially those of the 'Non-dual' wisdom traditions. I spent two years deep in meditation practice, mostly in silent retreats. I was guided to the radical experiential recognition that fundamentally my essential nature, which is shared by all beings, is already and always pristine, clear and awake. Along with this came the understanding that we over-look our essential nature due to the habitual and conditioned tendencies we all have to focus our attention exclusively on the objects of awareness. And by so doing we unknowingly ignore the ever-present subject of all experience - Awareness itself, the Ground of Being.

Chronic illness
After returning from Asia I moved to Devon to live and work at Gaia House Retreat Centre, one of the largest meditation centres in the UK. Whilst there I became ill, suffering from recurring and prolonged periods of severe pain, at times unable to walk. I was eventually diagnosed with Ankylosing Spondylitis and told that this was a chronic degenerative auto-immune inflammatory condition for which there was no cure. I decided not to take the medications I was prescribed as I was concerned about the serious long-term side-effects which I read accounts of in my research. Instead, I began to investigate my experience of being ill, relying on my awareness practices to explore my thought processes, feelings, sensations, emotions, perceptions, behaviour and beliefs.


Finding my vocation
After leaving Gaia House I asked myself what kind of work would most deeply satisfy me and best make use of my skills and interests. I discovered Gestalt Therapy and I was struck by the immediacy, aliveness and authenticity of the approach. My interest in exploring the nature of experience had grown to include the realm of the interpersonal. I saw Gestalt Therapy as a beautiful way of relying on awareness to facilitate a very real and personal meeting, supporting others to meet their unique life challenges. I went on to train as a Gestalt Therapist and began to see clients in 2007. With a background in meditation practices, I integrated mindfulness into my therapeutic work. Later I discovered and trained in Internal Family Systems (IFS), a powerful cutting-edge therapeutic approach. There is a growing body of research that demonstrates the effectiveness of IFS. This includes a peer-reviewed study that has shown that IFS significantly reduces the symptoms of patients suffering from Rheumatoid Arthritis. I was fascinated to see this example of the scientific method demonstrating how deeply mind and body are interconnected.

Dance
I have loved dancing since discovering dance music and nightclubs in my late teens. It so happened that I went on to discover and fall in love with Tango Argentino soon after I began to get ill. Dancing was incredibly challenging for many years because of the pain I was experiencing and the creative passion I had to continue to move and express myself. However, I don't think that it was a coincidence that the very thing I was most passionate about was also where I was experiencing the most severe limitation. My illness meant that in order to dance I needed to deepen my awareness of my body in a way I would not have otherwise. I see that the illness was a blessing in disguise. I began teaching Tango in 2011. I also had an interest in 'bodywork' for a number of years prior to my illness, having trained in Shiatsu and Seiki. I received a lot of bodywork during the period of my ill health, of which I found Feldenkrais to be the most profound. All of this has fed into an ongoing process of becoming more embodied in the world.


A healing journey
Over several years I discovered how my unconscious reactions to my illness had been exacerbating the condition and increasing my pain levels and suffering. By becoming a detective on my own case, relying on the torchlight of awareness, I have been able to explore my reactions and release habitual tension deep in my body as well as deep fears and self-limiting beliefs - not just in relation to the illness but also in relation to the rest of life. There has been a radical shift in my health; my symptoms have disappeared and I no longer think of myself as 'ill'. I have no doubt that the flow of movement, energy and feelings that are an expression of dance have played a huge role in the process of healing, along with a commitment to a natural wholefood diet. Having said this, I realise that all experiences come and go in the ever-present Ground of Being, including states of health. Experiencing illness and the death of loved ones reminds me of the preciousness of being incarnated in this particular body as a unique expression of Life. Having discovered that all beings share a pure, open, aware essence, I see the emotional healing process as one of helping parts of the psyche to return to their natural state so that we can show up in the world in a way that is aligned with this essence nature. I consider my work as a psychotherapist to be an expression of this unfolding process - a calling to accompany beings on their way back to the deep Heart of who we really are.

Between Ashley Down, Eastville and Easton
Bristol
BS5

If you are experiencing a mental health crisis and/or feel the need for immediate emergency support please take a look HERE for various services available over the phone and in Bristol.